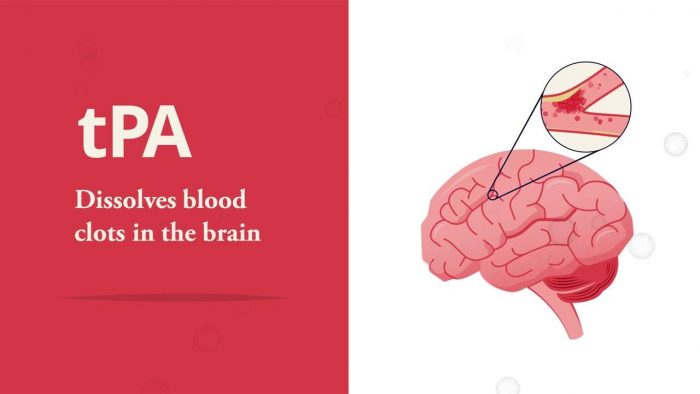 An ischemic stroke occurs as a result of an obstruction within a blood vessel supplying blood to the brain. It accounts for 87 percent of all stroke cases.

The only FDA approved treatment for ischemic strokes is tissue plasminogen activator, also known as tPA or IV rtPA when given through an IV in the arm. tPA works by dissolving the clot and improving blood flow to the part of the brain being deprived of blood flow. If administered within 3 hours (and up to 4.5 hours in certain eligible patients), tPA may improve the chances of recovering from a stroke.

A significant number of stroke victims don’t get to the hospital in time for tPA treatment; this is why it’s so important to identify a stroke immediately.

Another treatment option is an endovascular procedure called mechanical thrombectomy, in which doctors try removing a large blood clot by sending a wired-caged device called a stent retriever to the site of the blockage. To remove the brain clot, doctors thread a catheter through an artery in the groin up to the blocked artery in the brain. The stent opens and grabs the clot, allowing doctors to remove the stent with the trapped clot. Special suction tubes may also be used. The procedure should be done within six hours of acute stroke symptoms, and only after a patient receives tPA.