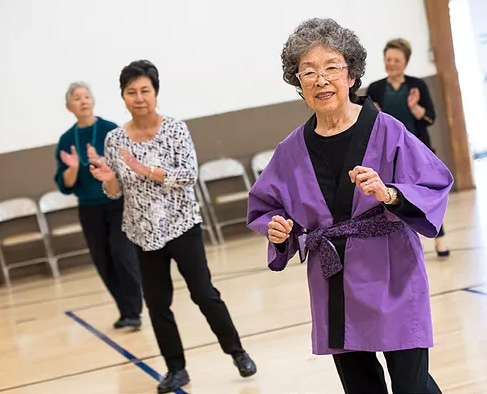 It was during breakfast at home when Jeanette Arakawa, 85, started exhibiting signs of stroke. She was trying to ask her husband Kiyo a question, but he heard only gibberish. Kiyo asked Jeanette to repeat herself. The gibberish continued. Her following attempt to write revealed incoherent scrawl. Hearing commotion, the Arakawas’ son entered the room and immediately recognized Jeanette’s behavior, which included weakness on her left side, as signs of stroke.

Paramedics arrived within minutes and transported Jeanette by ambulance to Stanford Stroke Center, a designated Comprehensive Stroke Center. As the ambulance carved its way through morning rush hour traffic, a dedicated team of stroke experts was preparing for Jeanette’s arrival to the ER. A blood clot in Jeanette’s brain had caused an ischemic stroke. Fortunately, she met the criteria to receive the powerful clot-busting drug TPA and was released from the hospital after only three days. “I’m very grateful that I don’t show any evidence that I’ve had a stroke,” says Jeanette. She also expresses deep gratitude to the many people who helped her “dodge the bullet” that day.

When asked about her risk factors for stroke, Jeanette points to atrial fibrillation (AFib), commonly described as an irregular heartbeat. In AFib rhythm, blood can pool in the heart’s upper chamber and form a clot. As in Jeanette’s case, the clot can travel to the brain causing a stroke. People with AFib are fives times more likely to suffer a stroke than those without. Although AFib often goes undetected, common symptoms include shortness of breath, dizziness, and rapid or fluttering heart beat. For those who are not symptomatic, an EKG or other medical exam can detect AFib. Jeanette knew she had AFib, but had chosen years ago not to take a prescribed anticoagulant medication due to possible side effects. Post-stroke, blood thinning medication is central to Jeanette’s treatment plan.

“I have learned that the risk of stroke is amazingly high for all of us [with AFib] and to ignore the possibility that it may happen to us is like not fastening our seatbelts. We have to acknowledge that we wear a bull’s eye when we have risk factors that we ignore,” Jeanette cautions.

Reflecting on the 90 critical minutes that made the difference for Jeanette between complete recovery and permanent disability, or death, from stroke, Jeanette recognizes the critical importance of knowing the signs of stroke and seeking immediate medical attention. She hopes others will learn from her experience.